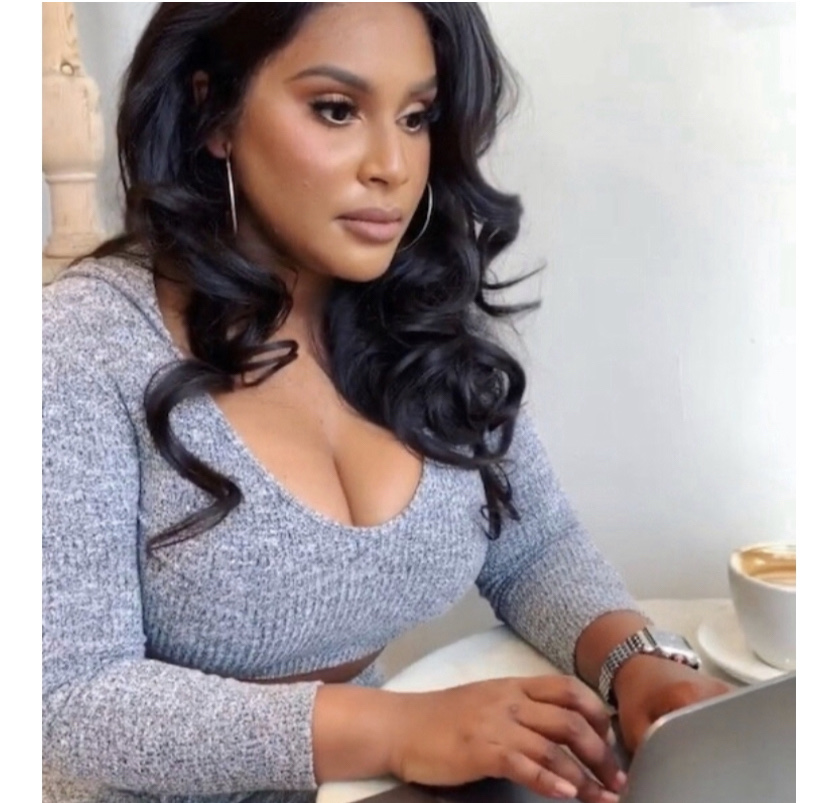 Thank you to The Local Moms Network contributor Sara Hood for sharing this powerful and personal essay.

Where do we go from here? What’s the solution? Why did it take this particular moment in time for everyone to wake up? Did the [COVID-19] pandemic and our lack of movement or distractions result in forcing everyone to pay attention to what we have been screaming for 400 years?

As someone who’s a master of my emotions and knows for the most part how to re-center and refocus this week—my emotions have been out of control. I am mentally, physically, emotionally, spiritually exhausted.

George Floyd…I am so terribly sorry. Sorry our world failed you. I’m sorry you became the martyr you didn’t ask to be. I’m sorry you had to lose your life unnecessarily. I’m sorry the color of your skin was your death sentence. I’m sorry a simple trip to the store turned into begging for your life.

When a man is begging for his deceased mother, that is a cry for help that I will never forget.

Your voice haunts many of us. Your death forced everyone to pull back the curtain on a system that many refused to believe was broken only to realize the system wasn’t broken—it was built this way.

Racism is real! In my 33 years I’ve encountered countless times someone telling me racism is dead. Negative, that is not the reality. Systematic oppression is real. And being told I’m not BLACK, or I’m not one of those people couldn’t be further from the truth…literally. The countless times I’ve been told I don’t sound black, I don’t talk black, or oh you’re so well spoken, but I know what they mean.

I remember being on the phone with my mom the first year I moved to Pittsburgh, PA at 22 years old. It was a beautiful spring day. On the phone with my mom checking in as a good daughter does of course driving along when all of a sudden a man tried to cut me off. I don’t even know where he came from. He was so angry he tried to run me off the road. Because I wouldn’t move out of the way as he tried to pass me…

He then proceeds to yell, calling me the N word with a strong ER at the end.

In my entire 22 years of living I’d never been called the N word—and from that day forward I stay on high alert. I’ve had scary encounters at the grocery store just trying to buy milk and having a man put his hands my face and yell at me “That’s what you get.” I had no idea what he was talking about, so I asked him. He said, “Your shirt.” Y’all I had on a t-shirt that said, “Stronger Together.” It was a Nike shirt, but he didn’t see that. He thought it was Hillary Clinton’s slogan.

Or the time had contractors come to my house and tell me “No way can you afford this house.” Or the time a contractor showed up and when I opened the door he said, “Ohhhh not what I was expecting.” I asked him ‘What were you expecting?’ He said with a straight face, “I didn’t know YOU people lived in this neighborhood.” Or being at football games and listening to fans yell the N word at players as easily as we yell “touchdown”.

Or when my son’s classmate tells him he can’t play with him anymore because his mom said they couldn’t be friends anymore. I knew what the little boy meant. I made his mom have the uncomfortable conversation I needed her to tell me to my face. She didn’t have the guts, but we had an understanding I knew exactly what she meant. Or the times I go into nice stores and I get followed because they are afraid of me stealing. Shoot, I’ve had so many of those experiences it doesn’t even faze me anymore.

Or my dad working at a hospital and his supervisor saw a fly across the room and said “You must’ve brought that with you from Africa.” What we’re saying is we are tired. Tired of having to “fit” into a system that isn’t made for us to win. We are tired of being forced to play by rules that aren’t made for us to succeed.

The basic principle of the Declaration of Independence is “Life, Liberty, And the Pursuit of Happiness” is Life! We are angry, hurt, disappointed that our basic pursuit of “Life” is being taken. Life! We can’t even have the basic element of just living while black. Being black should not be a death sentence.

I am in utter disbelief watching people I know, relationships I had dissolve in an instant. The utter silence of some is so loud everything hurts. The naive words of others screaming “Racism doesn’t exist” or “I’ve never seen it”  coming from someone who’s has never experienced it.

If you never think about what you wear when you go for a walk or run in your neighborhood don’t talk to me about no racism [existing] because I do. I think about what I wear, I never have a hoodie over my head, I never cover my face no matter how cold it is, I only walk parts of my neighborhood that are completely visible, I walk with my dog not because it’s cute, but because I’m deemed less threatening when he’s with me, I speak to every single person during my walk not because I’m a social butterfly, but because I know again I’m deemed less threatening.

I know that the only reason I get invited to stuff is because:

Or when I worked at Walmart and my CSM told me ‘oh you guys are real I’ve only seen you people on TV. I said what? She said I’m the first black person she’d ever met.

I’m giving you the basic light stuff because we would be here forever…I’ve spent my entire life making those around me comfortable. In rooms where I couldn’t say too much, or don’t be to passionate, or don’t wear your hair like xyz, make sure you make so and so comfortable, we are tired.

This life is not equal for people of color. We are tired of having to explain our right to live. To breathe. To read. To sit in our cars and read. To break down on the side of the road. To go for a run. To get a ticket. To be in a vehicle with our children and not be shot in front of. To follow direction and still die. To Exist.

The outrage over looters over lives burns my soul. You’re more worried about stuff than a man’s life. You’re placing more value on items over a person’s life.  Do I condone it? No. Do I recommend it? No. But do I also understand it. Yes! Imagine living in a world where the only way you can be heard is to burn it down. Things can be replaced lives cannot. People of color tried kneeling it did not work. We tried the peaceful route…it didn’t work. In the words of Trevor Noah “There is no right way to protest.” You don’t get to oppress and tell the oppressed how they should protest. If you do not understand – this is not your turn to talk. Step up and speak out against it, join us on the fight or be quiet it’s not your turn.

It required watching a man slowly die to wake people up. We watched him plead and cry for over 8 minutes while he took his last breaths. It took that! We have been saying hear us for years, but society wouldn’t listen. It wasn’t important enough. It was too uncomfortable. It wasn’t convenient. I find it unbelievably interesting the one thing COVID did was expose the hearts of many drawing lines between friends, family, allies, enemies, and our society as a hole.

THE FEAR OF A BLACK MOTHER

And with all that being said I look at the innocent beautiful big brown eyes of my sons. Sons I have the ultimate privilege of raising and I can’t help, but feel fear. That fear is always there. I can’t tell you how many times I’ve had to say:

“No you can’t play nerf guns outside.”

“No you want wear that over your head.”

“No we can’t play water guns outside”

“No you can’t go to someone’s house”

“No, don’t go over there, stay where I can see you”

I say no to so many things because I have to keep my sons safe!

The anxiety my friends feel when it’s time to teach our children to drive. The out of control feeling of never going to sleep until you see them walk in the house. The nights my mother wouldn’t go to bed until she heard from me regardless of what time it was. I didn’t understand it when I was younger, but the second I became a mother I understood. The stress of my father when he stepped into new environments.

As a mother to black sons I implore you please teach your children. Educate yourself. Talk to your black friends. Find resources. Do something.

My greatest anger this week was having to burst my children’s innocence. Not because wanted to trust me I didn’t. I thought I had more time. I thought when they were about 10 I would have that conversation when I thought their minds would be mature enough to understand. However, our society didn’t give me that option. The mother in me wants to protect and bubble wrap my children, but I can’t because some people in this country deem my children to be a threat based on the color of their skin. The only way to protect them is to empower them. To tell them the world isn’t fair and its full of people who are scared of them because they are black. Jeremiah my youngest just listened and when he finally spoke he said, “What about Josiah?”

All I could do was cry. Even in that moment as tough as the conversation was his first words were how do I protect my brother. You see, Josiah is nonverbal autistic. He’s got epilepsy. He’s black. As a mother I think about that often. I’ve thought about how I’m going to protect Josiah his entire life. It keeps me up at night. However, on this day I saw the fear in Jeremiah’s face for his brother. I immediately started settling his spirit. We talked about and prayed about it together. But in that moment it broke me. The burden and weight is not Jeremiah’s to bear, and yet he understood the magnitude in his young mind…the importance of protecting his brother from a world that might assume he’s a threat based on his “behavior,” his size, his color, his noncompliance, or inability to follow orders when he’s being yelled at with guns in his face, heaven for forbid the outcome.

If you are someone who does not have this experience, please I beg of you ask questions, talk to your friends, read book, listen to books, educate yourself, but if you can’t join forces and be an ally in understanding BLACK LIVES MATTER…please have several seats.

As originally seen on The Local Moms Network. 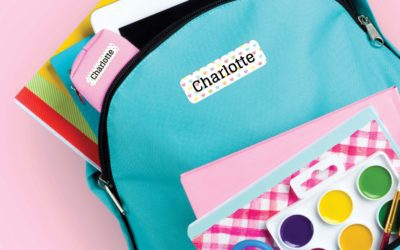 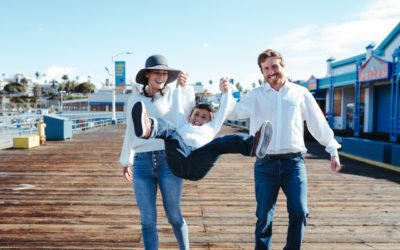 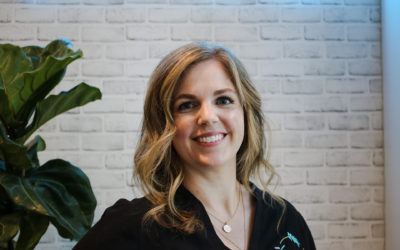